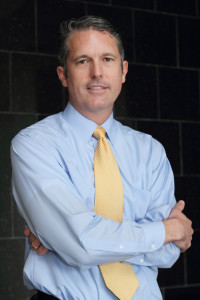 Greg Terra grew up in Tulsa, Oklahoma.  In 1988, he graduated from the University of Oklahoma in Norman, OK on a 3-year Army ROTC scholarship and was commissioned as a 2nd Lieutenant in the U.S. Army.  He then served as an active-duty U.S. Army officer and was stationed in Korea, Hawaii, and Missouri.  In 1993, he left active-duty and moved to College Station, TX to attend Texas A&M University full-time and serve in the U.S. Army Reserve in Texas, where he was promoted to Captain.  In 1996, he earned a Bachelor of Science from Texas A&M University and moved to Virginia Beach, VA to attend law school and graduate school.  In 2001, Greg earned a Juris Doctor and a Master of Arts in Political Management from Regent University and moved to Round Rock, Texas to work at the Texas capitol in Austin.  From 2003 to Dec. 2004, Greg worked as a prosecutor with the office of the Williamson County Attorney.  In Jan. 2005, he resigned as prosecutor to open a criminal defense practice in Georgetown, Texas.  Greg lives in Round Rock with his wife and two daughters.  In his spare time he enjoys running, hunting, and backpacking.  Greg is also a licensed skydiver.

Bachelor of Arts in Psychology (1988)
University of Oklahoma
Norman, Oklahoma